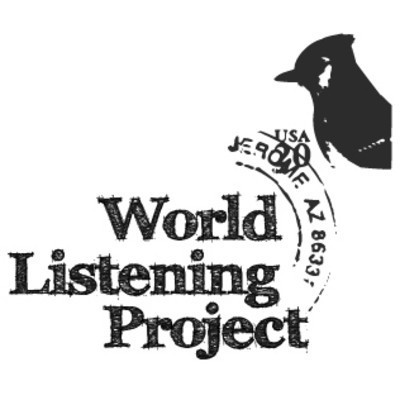 December 31, 2014 Submission Deadline – Call for Submissions: « SOUNDSCAPES & SOUND IDENTITIES » 7° INTERNATIONAL FKL SYMPOSIUM ON SOUNDSCAPE. FKL [Forum Klanglandschaft] and Portobeseno invite you to present theoretical papers , musical works, installations, video works related to the theme of the soundscape for the seventh symposium of Forum Klanglandschaft which will take place at Castello di Beseno, in Besenello (TN), Italy, from May 22 to May 24, 2015. The conference is organized jointly by the two organizations and offers the opportunity to present papers, musical works, installations and videos. The theme chosen for the international FKL symposium 2015 deals with the relations between the sounds in the environment and the concept of identity. Read More

January 30, 2015 Submission Deadline – Call for Works. The Italian Strange Quartet is a new musical ensemble that intends to propose, together with a wide-ranging historical repertoire, an electro-acoustic research that enhances the potential of this one, through the lens of new instrumentation and sound practices.

To inaugurate its formation, the ISQ has created a call for submissions which aims, through the analysis of seven pieces of six different geo-temporal areas, to realize as many soundscape compositions diffused together to the pieces that respond to the following questions:

The songs that we will examine are:

If you want to send your works or ask information you can write here: italianstrangequartet@gmail.com

January 14-15, 2015 Hearing Landscape Critically: Music, Place, and the Spaces of Sound – Harvard University. The third meeting of the ‘Hearing Landscape Critically’ research network will take place at Harvard University, 14-16 January 2015. The aim of this three-year project funded by the Leverhulme Trust is to transform our sense of sound in landscape, and to document, investigate, and provoke critical encounters between the social and acoustic agents involved in the formations of landscape. The network embraces an interdisciplinary methodology and brings together scholars from diverse geographical contexts and academic fields (including art history, literary studies, and cultural geography) alongside creative practitioners, prompting new ways of thinking about sound, music, space, and place. Read More

March 1, 2015 Deadline for Submissions: The Canadian Electroacoustic Community (CEC) is now accepting submissions for an upcoming issue of eContact!, the online journal for electroacoustics published four times a year by the CEC. eContact! 17.4 focuses on media-specific music and is supervised by Guest Editor Volker Straebel. More information.

March 27-19, 2015 Balance-Unbalance, Arizona State University. Balance-Unbalance is an international conference designed to use art as a catalyst to explore intersections between nature, science, technology and society as we move into an era of both unprecedented ecological threats and transdisciplinary possibilities. We are thoroughly looking forward to hosting artists, scientists, economists, philosophers, politicians, sociologists, engineers and policy experts from across the world to engage in dialogue and action towards a sustainable future. Founded by Dr. Ricardo Dal Farra in 2010 to promote novel forms of creativity that can help solve environmental problems, Balance-Unbalance has been sponsored by UNESCO, the Red Cross/Red Crescent Climate Centre, Leonardo – The International Society for the Arts, Sciences and Technology, the National University of Tres de Febrero, Argentina (2010), Concordia University, Canada (2011), Central Queensland University, and the Noosa Biosphere in Australia (2013) Read More.

September, 2015 Conference: “XXV International Bioacoustic Conference IBAC 7-12 September 2015 – Murnau, Bavaria, Germany. The objective of the IBAC meeting is to promote international participation throughout the entire field of bioacoustical activity. The subject of bioacoustics is principally a marriage between the fields of biology and physical acoustics. Given its multidisciplinary nature, IBAC aims to bring together biologists from different specialisms (ecologists, ethologists, physiologists, taxonomists, etc) with engineers, sound archivists and amateur sound recordists, to foster discussion and exchange of ideas. Read More.

Open Call: Spazioersetti, a privately funded exhibition venue based in Udine, north-east Italy dedicated to sound and space. It is currently accepting proposals for multi-channel sound installations to be exhibited. Works works must clearly focus on the relationship between sound and space, i.e. we are interested in sounds that are evidence of a dimension, a position, a proportion. Read More.